Darkness surrounding the faint flickering glow of the candle
Texts of ancient manuscripts hastily written in unknown languages
Covered in thick sheets of dust, they lie scattered all around
Moonlight desperately avoiding the window panes out of fear
The Moon, an ancient being itself is but a small toddler in comparison

Sits in his chair, exhausted from the endless fight to hold the being inside
Takes a long chug from the glass near him, the easy way out
Only seconds and his body is lifeless, the beast inside has won
The room comes alive with death all around, creeping from each floorboard
By the glowing candle, the quill begins to scribe over rough parchment
The text pours onto the page without effort dressed in blood

The lifeless body begins to move, shifting in the chair
Death has stopped altogether, becoming fixated on the body
Its every move brings further chills to deaths spine
Is it the beast within or has the human become immune
Not wanting to find out, death quickly flees the room

The man stumbles to his feet, grabs the glass throwing it against the wall
Makes his way to the mirror, looking straight into his own eyes
Unafraid of the being within at that moment, threatens it with one word
Now fully understood, the beast calms down, sinking back into its labyrinth
This ancient, powerful and deadly being known to fear nothing
Has been silenced temporarily with the single threat of Her

The beauty that radiates from within her being is unlike anything known
Words are of no use as they do little to convey what the mind can’t comprehend
The only being in the world capable of stopping the beast, now a memory
A fleeting glimpse as the darkness comes back to life with a vengeance
Threats from within reissued, but death is no longer a fear, it’s a welcomed retreat

Deep within the Black Caves of Sorrow, the study has the stench
In the corner by the barely lit candle, he makes out a figure in his chair
Smashed glass in puddles of liquid near the feet, scribbled note on table
Unable to understand whats happened, or why she’d do it, he drops to his knees
Places his head in her lap, face stiff as stone, emotionless to his core
Candle burns out, cold air rushes all around, then a warm hand touches his shoulder

She pulls him to his feet, looks deep within his eyes
He tries to stop her, but is paralyzed by her will
Afraid of everything, made to face it all at once
She embraces him while whispering in his ear a simple phrase
Relief washes over his being as he’s finally felt that imagined wish

The room empties as their spirits make their way
Peace has become engraved in the walls and texts
As the cave slowly closes, keeping it safe for a future 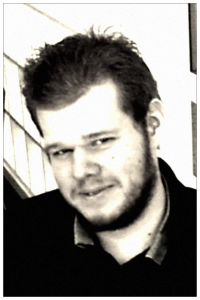